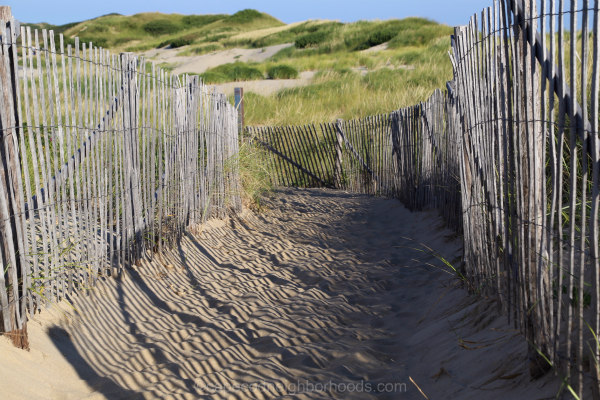 A significant lure of Truro lies in the town's remote undeveloped Atlantic coastline which was forever protected when the Cape Cod National Seashore was established in 1961.  Today nearly half of Truro’s land mass lies within the National Seashore.