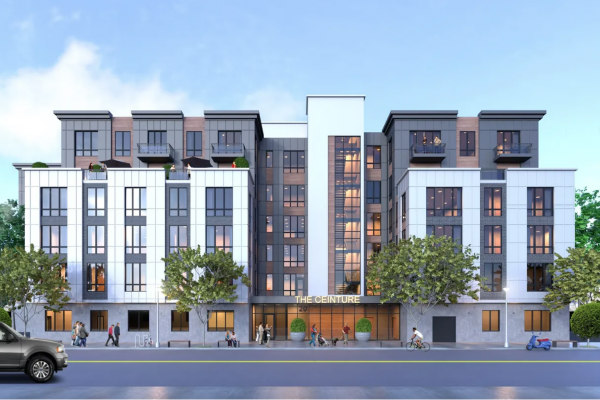 From its upscale amenities to its private delights, luxury truly abounds at The Ceinture in South Boston.  The  five-story mid-rise building features 54 residences and a prime location in the Broadway Village neighborhood of South Boston.

The Ceinture Condos For Sale

Get notified when matching listings become available. We also have found more listings nearby within 5 miles of this community.

More About The Ceinture

This South Boston condo building features thousands of square feet of amenity space, including a fitness center, a roof deck with space for grilling, and a “Sky” clubroom with a catering kitchen.

The new boutique building also features a work café on its ground level, some garage parking and concierge service. Other options include the convenience of bicycle storage and some private, on-site storage space.

The Ceinture offers large floor plans with custom, high gloss cabinetry, designer appliances and well-equipped kitchens and baths. Large windows allow for plenty of natural light to flow throughout the homes, plus the private residences are additionally complemented by such features and finishes as engineered oak hardwoods, a Porcelanosa backsplash in the kitchen and a kitchen island.

A large penthouse unit in the building is currently on the market for around $1.5 million. There also still exists a two-bedroom in the building priced in the high $900,000s.

Located in Broadway Village at 20 West Fifth Street, The Ceinture sits within just a few blocks of public transportation. It’s also conveniently close to dozens of diverse restaurants, cafes and bars, many of which are just a few minutes away from the new condo building.

There are additionally several parks and beaches for existing and prospective residents of The Ceinture to choose from in South Boston, including popular M Street Beach, the greenspace of Medal of Honor Park, Castle Island and Lawn on D, which features seasonal live music and entertainment.

Inquire About The Ceinture