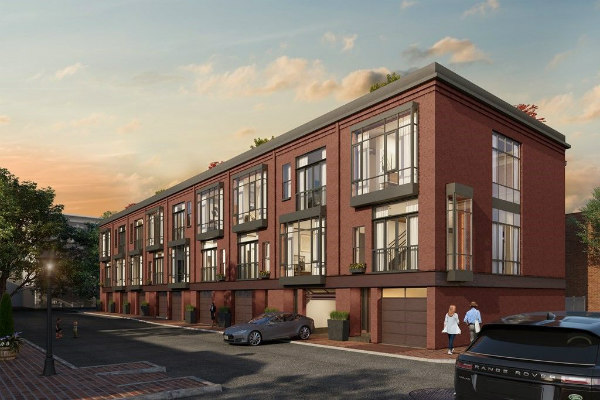 For the appeal of contemporary elegance in Bay Village, The Edgerly certainly lives up to its reputation. Made up of just nine luxury townhomes, the new construction, boutique development features expansive floorplans with a total of three-bedrooms and 3.5-baths.

Get notified when matching listings become available. We also have found more listings nearby within 5 miles of this community.

More About The Edgerly

Containing more than 2,300 square feet of living space, buyers will find such upscale features and finishes at The Edgerly as spa-like baths and high-end kitchens with Calcutta quartz countertops and paneled appliances. Each unit also contains a large primary suite.

The size and layout of each of the private townhomes makes it possible to enjoy the spaciousness and appeal of a single-family home, but also some of the conveniences of a townhome lifestyle, including the ability to remain in a convenient location close to what you need and want in the Boston area. The three-story townhomes all offer high ceilings, oversized windows, and some smart home technology features.

As well, expect to find some private outdoor space, including patios and a roof deck at The Edgerly. Along with its private residences, The Edgerly also allows for direct access, garage parking on the lowest level of the property with electric vehicle charging.

The Edgerly sits conveniently close to the shops and restaurants of Newbury Street, Boston’s Public Garden, and public transportation, making it easier to travel throughout the city. You’ll find The Edgerly between South End and Back Bay on Edgerly Place.

Inquire About The Edgerly