Chinatown is a vibrant neighborhood in downtown Boston prized for its convenient location as well as its late-night scene and Asian eateries. With 4,500 residents, Chinatown is one of the most densely populated residential areas in Boston and serves as the cultural heart of the Chinese community. Dumpling houses, seafood spots, and upscale restaurants line the street, competing for space with bakeries, markets and small herb shops. The entrance to the neighborhood is marked by Chinatown Gate at the intersection of Beach Street and Surface Road and opens up into a park and small square. With its close proximity to Tufts and the New England Medical Center, Chinatown is a favorite of students, families, and working professionals as well as the site of many new high-end developments.  Read more about Chinatown real estate.

Chinatown occupies just three blocks and several streets. It’s easy to get from Chinatown to just about anywhere in the South End or Downtown Crossing in just a few minutes by foot so many residents don’t require parking. Chinatown borders Downtown Crossing, Boston Common, the Washington Street Theater District, Bay Village, the South End and the exit for the Southeast Expressway/Massachusetts Turnpike. The trendy Leather District is just a few streets over.

The Chinatown neighborhood in Boston is the only surviving ethnic Chinese enclave in New England. Chinese immigrants formed the neighborhood in the late 19th century when they were forced out of the American West. The first Chinese people in New England were brought from San Francisco to break a strike at a shoe factory in Western Massachusetts. In the 1870s, many of these immigrants moved into the Boston area and opened the first laundries on what is now Harrison Avenue. After the Exclusion Act was abolished in 1943, Chinatown saw a major increase in population, including the arrival of more women, who had been excluded by the provision that stated that only merchants (not laborers) were allowed to bring their families over from China. Chinatown briefly boasted a thriving garment district and was also known as the Red Light District or Combat Zone in the 1980s before rising rents and new developments changed the landscape.

-- I Have a Question About Chinatown Real Estate -- 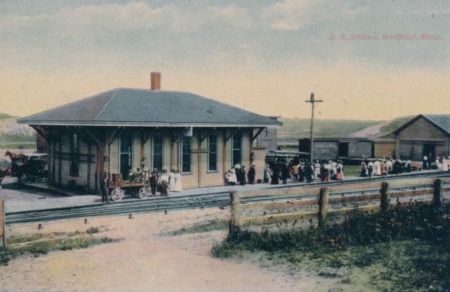