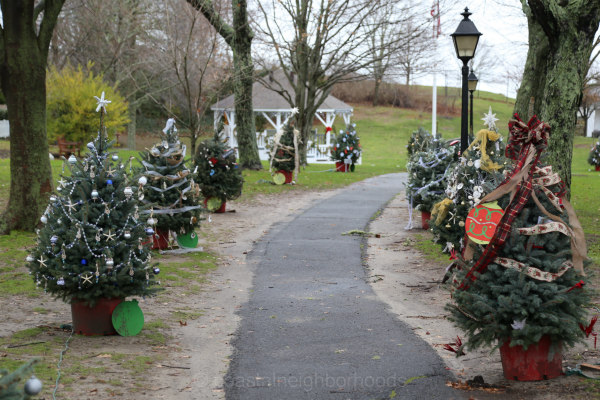 It may be winter right now, but the summer season will be here before we know it, and that means plenty of fun mornings, afternoons, and evenings on Cape Cod. In particular, Kate Gould Park in Chatham really comes alive on summer nights.

That’s when thousands of people come out to hear the Chatham Band at Whit Tileston Band Stand. Twelve members of the band first got together to play in the early 1930s as the American Legion Band.

The band was known to help with local ceremonies and also marched in local parades. The band even gave concerts at the old bandstand that used to exist near Town Hall.

It didn’t take long for the group to adopt the name Chatham Band. While the performances were cancelled for a period of time during WWII, the band eventually reformed, and the town’s bandstand moved to a spot in Kate Gould Park.

The tradition of Friday night concerts kicked off in the 1940s, led by band director, Whit Tileston. He held the position for almost a half-century. Eventually, band members constructed a larger bandstand and named it after their late director.

The show is family-friendly, with a mix of music aimed at appealing to a large audience. You may hear show tunes, march music, or even some newer music on Friday nights. There’s no fee to attend, but the band does accept donations.

The live music takes center stage on Friday evenings starting in late June and ending in early September. While you’re in the area, you can always check out one of Downtown Chatham’s shops, art galleries, or restaurants.

The park also hosts other festivals, art shows and concerts during the year, including Chatham Art in the Park, which operates out of Kate Gould Park during the summer months. Octoberfest is another fun event at the park, which takes place in late October.

The Mid Cape area of Cape Cod includes the towns of Barnstable, Dennis and Yarmouth as well as the bustling village of Hyannis.

The Outer Cape consists of the forearm and fist of Cape Cod, including the towns of Eastham, Wellfleet, Truro, and Provincetown.

The Upper Cape is an area of Cape Cod that includes the towns of Bourne, Falmouth, Mashpee, Sandwich and the village of Woods Hole.