Inman - The Most Rebellious of the Cambridge Squares 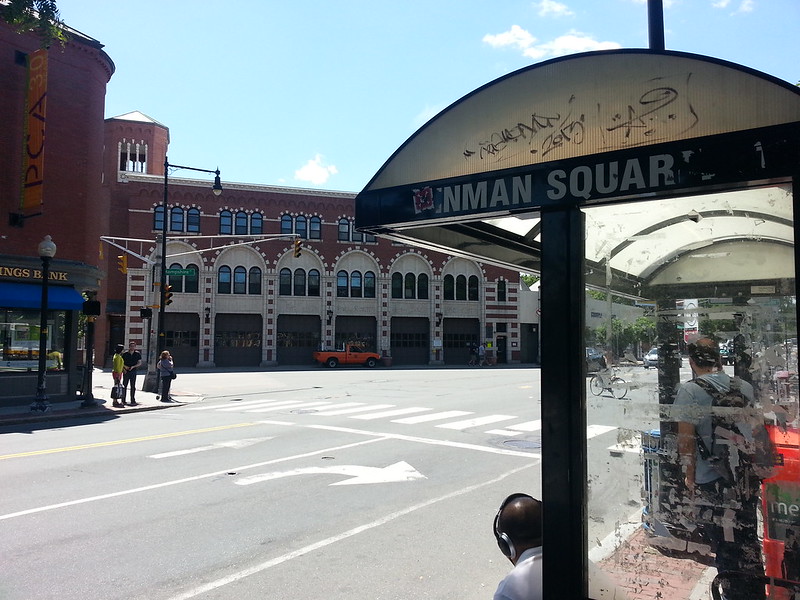 You may not be able to directly reach Inman Square by subway, but culturally diverse Inman Square in Cambridge does have plenty to offer once you arrive. This vibrant square is home to students, working adults and professionals, with an exciting number of restaurants and storefronts to visit and explore.

Sometimes overlooked in favor of the others, Inman may just be the most rebellious of all of the Cambridge Squares. The area is rich with unique flavors, from Brazilian barbecue to authentic Portuguese dishes.

You’ll also find fresh sandwiches and other creations. If that’s not enough, the area is home to a spice and specialty store, a New York-style deli and a truly unique, fabric, yarn and sewing studio, which claims to be the only stitch lounge in Cambridge.

You’ll find an independent coffee shop here, Mediterranean food, a wine and cheese shop, an Irish pub and a tapas bar. This lively area has a strong sense of neighborhood, as many of the businesses in Inman Square are owner-operated.

For this reason, you’ll find plenty of specialty stores and restaurants to choose from instead of more traditional chain retailers. In more recent years, Inman Square’s also seen an emerging crafts and arts scene.

Inman Square sits to the north of Central Square, close to the Cambridge-Somerville border. It’s likely the area gets its name from a former Boston merchant named Ralph Inman.

Sometimes referred to as Inman Square and sometimes called Atwood’s Corner in the past, the urban center officially took its present name in the late 1800s. Many of its businesses went up during the first half of the 1900s.

Three bus lines currently stop in Inman Square. Today, you’ll still see a lot of Portuguese and Brazilian influence across Inman Square, especially with some of the storefronts found along Cambridge Street.