Everyone is Talking About Sharks 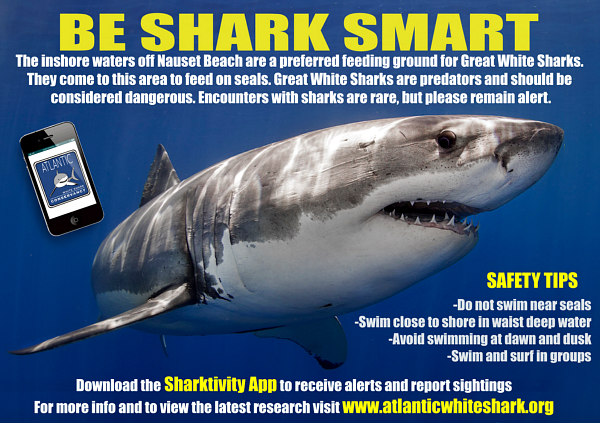 From Michael Phelps racing sharks on TV to more shark sightings off the coast, it seems everyone is talking about sharks these days. Some publications suggest that great white shark sightings in the New England area are on the rise.

Already this season there have been at least a half-dozen local sightings, including one shark spotted just off Wellfleet back in early May. That’s led the National Park Service to send out alerts, dedicating a page just to shark safety

Many seem to think the perceived increase in the number of shark sightings has to do with an influx of gray seals. The sharks view the seals as food, and decades worth of efforts to help protect the gray seal population has therefore resulted in a larger number of white sharks being drawn to the region.

In fact, researchers report they’ve tagged upwards of 100 great white sharks near Cape Cod over the past eight years alone. A team from the Atlantic White Shark Conservancy tags the sharks twice a week between the months of June and October.

Those tags then send information back to receivers placed in buoys, detectable within a couple hundred yards away. Researchers are able to use that information to help understand their movement patterns.

While some report sightings are up, other researchers suggest that the number of sharks seen in recent summer months is pretty much in line with what they’ve been seeing for the past several summers. Even if the encounters are more numerous, other experts say that shark attacks on humans are rare, and often its because a swimmer is mistaken for a seal.

There are ways for the average person to track sharks. A number of area agencies worked together to develop what’s called the Sharktivity app. Not only does the app help provide information about white shark sightings, but also their movement and overall research, helping to give a better understanding about sharks and some information on how to co-exist with them along the Cape.