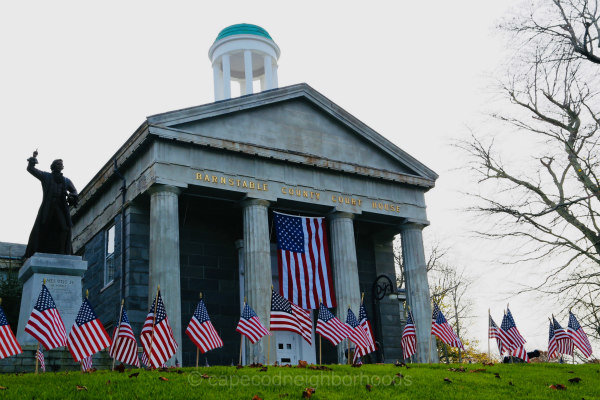 Barnstable is a coastal town located about halfway along the “biceps” of the Cape Cod “arm” bordered by Cape Cod Bay on the north, Nantucket Sound on the south and Sandwich and Mashpee to the west.  Barnstable is the largest community on Cape Cod, encompassing seven different villages as well as the dunes of Sandy Neck Beach. The majority of its residents live along the south border, many on waterfront properties along the beaches of Centerville or around Hyannis Port.

The villages of Barnstable feature a Main Street where you can find traditional colonials, capes, and ranch-style homes and central business districts.  In addition to its history as the second home of many of the Kennedy family members, Barnstable is also home to the Cape’s largest regional airport as well as the site of many of the ferry departures to Martha’s Vineyard and Nantucket.

Photo: Massachusetts Office of Travel & Tourism Barnstable’s longest beach is also one of the longest on Cape Cod. Sandy Neck stretches for six miles, as this barrier beach was developed ... Read more about Barnstable’s Longest Beach is Sugary Sandy Neck

He’s known in the literary world for his satirical novels with imaginative, futuristic themes, but author Kurt Vonnegut also happens to have some quirky ties to Cape Cod. Born in Indiana, ... Read more about Celebrating Kurt Vonnegut’s Quirky Ties to Cape Cod

The Kennedy compound in Hyannis Port could soon have a new purpose, and it may include bringing opposing political party members together. Those involved with the Edward M Kennedy Institute are ... Read more about Kennedy Compound in Hyannis May be Used as New Camp David

Cape Cod may be a favorite of tourists during the summer months, but it seems Hyannis Port recently brought in the crowds for a different reason. This affluent summer community recently served as ... Read more about Hyannis Site of Movie Set